An excellent documentary from the always on-point Mr. Tim Wise. It really gets to the heart of the matter regarding the cancer of racism, and how it has affected every segment of a mostly civilized society. Perhaps,this country will never become “post-racial”, but as Wise strongly suggests throughout this piece…the goal should be for it to become “post racist.” I couldn’t agree with him more as we witness the continued, unwelcome, demonic rise of Tea Party driven insanity that threatens to tear U.S. apart.~Daryl~ 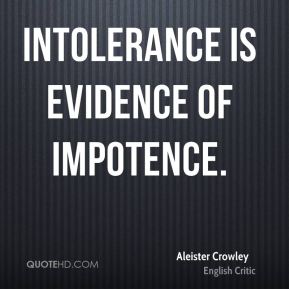 Especially Faux News which perpetually panders to the weak-minded, uninformed, sociopathic state of Tea Party nonsense. Dick won’t rise every morning like it’s supposed too, pick-up a weapon and parade through Target to display your beer influenced balls. Upset with your inbred limitations-blame Obama for the damage inflicted on your body&soul by colliding chromosomes. Pissed that the White House shows a little color-GET THE FUCK OVER YOUR SORRY SELVES!!! FUCK THE FUCK OFF ASSHOLES!!!!

I read what I consider a brilliant piece by Tim Wise that addresses the Jewish/Palestinian conflict in terms of race. The skin you’re in matters with regard to its hue-even a world away from our own racist reality. Whether you’re a brother being unnecessarily beat down in Crown Heights Brooklyn, or a brother that witnesses his mother being murdered in The Golan Heights-RACE MATTERS!!!~Daryl

Serious question: at what point does rising Israeli racism and genocidal rhetoric towards its Arab citizens and/or Palestinians in the territories cause the U.S. to say enough, we are done subsidizing your illness, your sickness, your ideologically putrid little nation any more? Sadly, I think I know the answer: never. We will countenance any level of racism from Israel, because it has been accepted into the orbit of the white/Euro world and is counterpoised to those brown folks deemed more dangerous and awful by…well, white people. Funny and sadly ironic: we Jews wanted so badly to be accepted as white, by other whites, after Hitler, and for understandable reasons I suppose, despite the historical destruction created by the concept of the white race; but having ingratiated ourselves to the white gentile power structure, too many of us have “become white” and not just in terms of geopolitics. I mean, ideologically: we think like white supremacists, act like white supremacists, and perform white supremacy against those Arab folks with whom we share so much, genetically, culturally, and spatially in the “middle east.” Unless and until Israeli Jews utterly overthrow and politically destroy the Netanyahus of their country, progressive and left Jews in the U.S. should have nothing to do with them. Nothing. Just as I would want other nations to boycott and financially wreck the U.S. were we run by an overt racist and fascist, so too must we call for the same here. Netanyahu and his cronies are fascists and we who are Jewish would call them that in any other nation on the planet; but we give him a pass because JEWISH. That pass must be revoked. Now. And if your rabbi disagrees (he or she does, trust me), perhaps it’s time to walk away from your religion. Forever. Only a permanent shtetl mentality would cause us to hold on to an oppressive state and its symbolism out of some kind of silly, child-like devotion to permanent victimhood.
15 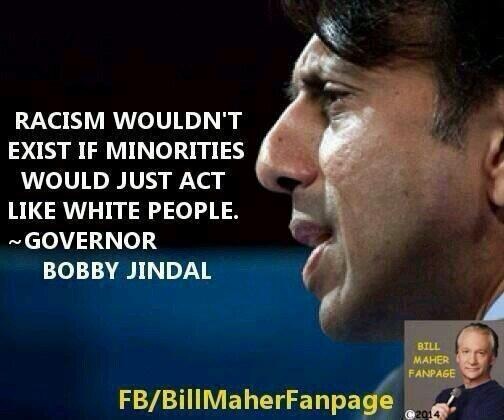 Irrational Fears Of A Black Planet!

Tim Wise brilliantly breaks down the irrational fears that continue to place young Black men at the center of violence in America. What makes the link above even more interesting is how Wise uses statistics to eviscerate the buffoonery of Black conservative Crystal Wright. Wright eagerly, and incorrectly tries to foment the reich-wing notion of how dangerous Black men are.

Wise makes her look like an absolute fool with real numbers that defy her illogical attempt to present logic on racism and violence. It is no surprise that the bullshit pouring out of Wrights mouth is responsible for igniting large fires of sheer ignorance in small minds that either don’t know any better-or worse yet…don’t care about their ignorance toward Black people. Thankfully, Tim Wise presents reality vs. conservative craziness that continues to spiral out-of-control.~Daryl

This article brilliantly expounds on the right-wing hatred of Barack Obama and how it will ultimately will unravel the Republican party. The hatred goes beyond differences in political ideology. It even transcends disdain for just the president. Tim Wise does an excellent job of explaining the imminent erosion of the right-winged, unearned, and warped sense of “patriotic privilege” vs. the ever present, less than “patriotic prejudice” that will inevitably bury these bastards in 2014, if not in 2016.

This week, we began to witness the apex of, and eventual end of their insanity.Paula Deen’s country ass was exposed as the true racist, gray haired twat from Dixie that she’s really about. In her own worthless words of an attempted apology- “I is what I is”.  Yesterday,the lead actor in the modern day remake of the Man from U.N.C.L.E., Clarence Thomas, voted to reset Voting Rights in America back to the evil era of Jim Crow. This self-loathing, light-skinned Negro hating, incompetent, imbecile hates himself so much tht he is perfectly content, standing in front of crowds that predominantly don’t reflect his complexion, bad mouthing President Obama and the very brethren that gave him/them the gift of life. Thomas and fellow Brother’s/Brother Allen West, along with their more than proud masters, must be seething at today’s SCOTUS ruling considering Gay Marriage.

As far as I’m concerned, the death of conservative obsession(s) with what space/place that someone ELSE might want to plant their face is beyond long overdue. My own heterosexual reality isn’t threatened in the least bit, because I like women, I love my wife, and what someone else desires to do with their private parts, in no shape, form, or fashion has ANYTHING to do with my life. I posted the above link in this article before, but this past week prompted me to revisit the information from an updated perspective. The far right,well-founded fear of a Black/Brown/Pink Planet has literally driven the Red, White & Blue blood of the Tea-Party  insane. Tim was Wise to predict it!!!~Daryl