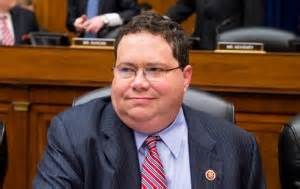 I’ll be brief because all you have to do is take one look at this idiot and his image will speak louder than I ever could. Blake Farenthold is a no neck having, biscuit swallowing bastard that needs to back the fuck up off of the tired birther bullshit. Can you believe this nonsense STILL occupies the pea-sized brains of the tea-drunk punks that refuse to acknowledge Barack Hussein Obama as leader of their not so free world?

This guy is mad because he is still pulling his pint-sized prick out of his 50-gallon sized drawers with the intention of “proving” the president isn’t legitimate. What he needs to back the fuck up off of=His local Golden Corral. This salad-bar swallowing, son-of-a-bitch from Texas claims there is enough votes in the House to impeach President Obama because there remain doubts about the authenticity of his birth certificate. Of course, he acknowledges it will never happen-But?

Let’s face facts, the less than dreamy, non-jean creaming Farenthold knows that the chances of President Obama being impeached over this issue are as great as him becoming the object of every woman’s desire. Then again, this moral degenerate was involved in a sex scandal that, according to Huffpost.com found him clad in pajamas that had ducks on them while being in the presence of several scantily clad women(probably prostitutes). WTF? I guess ducks for fucks from potentially life-threatening penetration of unknown pussies is perfectly acceptable, but the proven legitimacy of President Barack Obama is not? I’ll stop now, because in this mongrels case=His imperfect picture speaks a thousand words~Daryl

English: A copy of Barack Obama’s long form birth certficate as released on April 27, 2011 by the White House to finally dispel any rumors about Obama’s status as an American citizen. (Photo credit: Wikipedia)

Can someone please get ahold of Bufford Pusser’s pine stick and club this racist pile of crap until he fades away. Even playdough face Jan Brewer has said ENOUGH ALREADY!!!!!!! 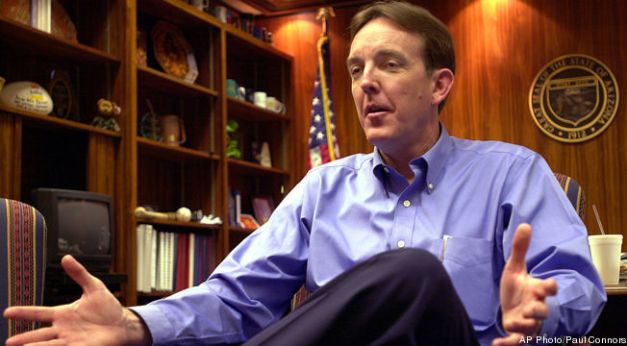 This guy is completely bat-shit insane. Whatever angle he can create to hide his real agenda(being a racist) toward the POTUS=He will. First it was the birther issue, now it’s this imbecile questioning President Obama’s academic credentials????????

Come November, dilapidated dipshits like Ken Bennett, Sheriff Joe Arpaio, and the rejected Welch’s dried-up grape, a.k.a. Governor Jan Brewer, will realize their efforts were for nothing, as President Obama easily wins re-election. Arpaio’s granddaughter, will run off with the maids adopted son from Kenya. Gov. Jan Brewer, will realize that she failed miserably in her attempt to “mesmerize” President Obama with that wrinkled, funky, finger, pulled freshly from her “blonde”(yeah-right) .

Sadly, the real life story of Ken Bennett, and his ilk, are more insane than my made-up meanderings. 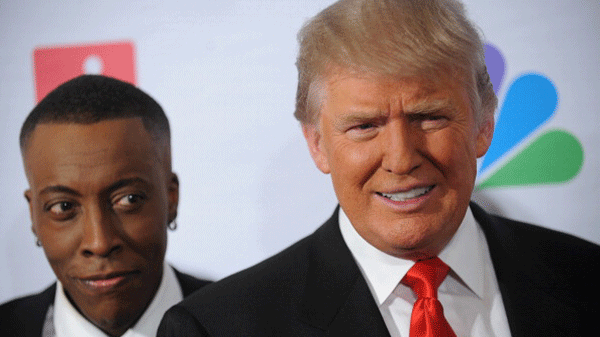 I used to think that Donald Trump had a modicum of  something that resembles basic intelligence, but the more he opens his mouth, I have serious doubts. He needs to put as much effort into procuring the sparse, patch of hair that continues to adorn the top of his skull, as he does concerning the birther issue. Someone, needs to take the rake that he uses to style that ridiculous comb over, and shove it straight down his throat. I guess the “blacks,” as he often refers to African-Americans, should be thrilled, because he chose Arsenio Hall as the winner of his dumb fuck reality show.

Mr. Trump, the realtiy is you are a racist, indignant, gaping, asshole. If you believe folks will give you a pass on being a prejudiced pile of shit, simply  because you picked Arsenio, you are dumber than dumb. In fact, I believe you probably selected Arsenio, because you saw a chance to say something akin to “See, I told you I’ve had “blacks” in my home, and they have even used my bathroom.” America deserves better than this puss- filled zit, and the continued, divisive rhetoric, that he insists on espousing. I wish he, and The Koch Brothers, would ship themselves straight to hell. After all, they could afford the trip. As I have said before, “The Donald” is as shallow as the growth on his head that he calls hair. Someone should be demanding an intense investigation into America’s favorite, formerly bankrupt, billionaire’s mental stability. Anyone that thinks its acceptable to walk around, looking like a worn out dildo, with a hairpiece barely attached to its head =Has to be nuttier than the unwelcome seasonal gift of fruit cake. Trump’s continued obsession with the birth of the POTUS is both comical, and appallingly ignorant. The problem is that so many will listen to this continued nonsense and choose to follow the latter.