So long, Tim Conway. Thanks for making me laugh.

By Robert A. Vella

He was 85 years old, so his passing shouldn’t sadden me… but, it does.  Tim Conway made me laugh.  He made me laugh a lot.  He was the most warmly entertaining comedian I’ve ever seen.  His unmatched skill at physical comedy, combined with subtle witticisms and an array of sympathetic characters he created for himself, made Conway a unique and versatile performer. 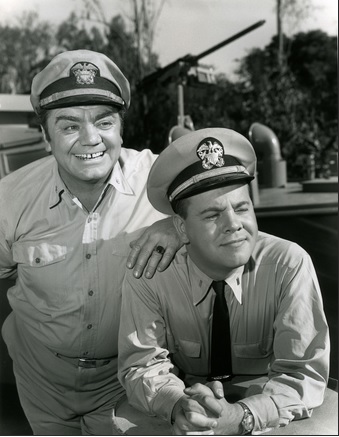 I first watched Tim Conway on the popular TV series McHale’s Navy as a child.  He played the goofy, bumbling, and naive Ensign Charles “Chuck” Parker alongside straight-man Ernest Borgnine as Lieutenant Commander Quinton McHale and the very underrated physical comedian Joe Flynn who played the explosively frustrated antagonist Captain Wallace B. Binghamton.  The interplay between Conway and Flynn was the centerpiece of the show and it was memorably hilarious.

A few years later, Conway began appearing on the highly-acclaimed and award-winning The Carol…