There are rolling hills of hypocrisy that consistently are associated with our woefully inept POTUS. Last week, these rolling hills turned mountainous as our “Shitting President” personally attacked NFL players for following Colin Kaepernick’s peaceful protest against the insidious institutions of police brutality and racism.

I’ll choose not to bore folks with the over reported, standard lines of hypocrisy, already covered by MASSAMEDIA…a million times in favor of focusing on two main points of view concerning this whole nonsense. Black women and their sons.

Black women, like Minnie Mae Robinson, my deceased mother, are the salt of the earth. NO one on this planet has been through a more traumatic history of existence. The demander- and-thief making a mockery of  U.S. thinks they are nothing but bitches. Really???…I bet his mother and his multiple wives and mistresses better fit that description.

If their own husbands babies weren’t ripped from their bodies and souls, they were physically forced to carry the unwanted seed of their “Masters.”

They watched their husbands…sons and daughters suffer unimaginable humiliation at the hands of both slave-owners, AND their demon-possessed spouses.

Jungle Fever didn’t just start with a Spike Lee Joint…Damsels in distress/heat, have always exploited the Black man for their own nefarious needs. During WWWII, Black soldiers were deemed less worthy than Hitlers POW’s…Heidi and Helga had other opinions…Along with Dixie’s lying ass…They STILL do. 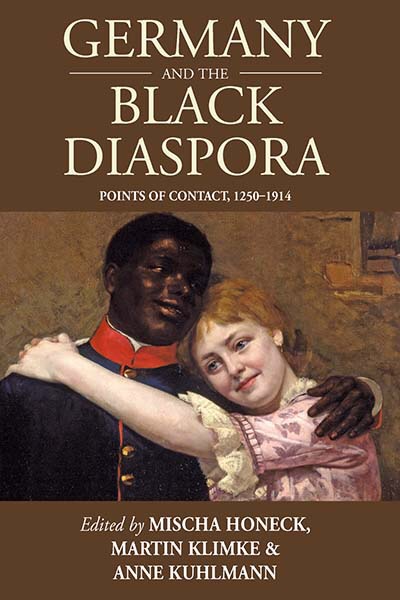 Despite their abilities to survive several storms that Global Warming could never expand upon..Don Cheeto equates the moms of “certain” NFL players to female dogs. Their “spoiled” sons should be fired upon with threats of job termination,and sadly, according to many of these maniacs, actual gunfire. Are they fucking serious?

Has it ever occurred to these unelightened, eunuchs, that dem sons-of-bitches might have actually earned their statuses as elite athletes?

Many of their mothers sacrificed everything to help them along the way.

They scrubbed floors…took care of other people’s children and homes just to get by. They didn’t just guess who was coming to dinner…they cooked it and cleaned up everybody’s mess afterwards. Then they went home…faced with their own responsibilities…WASH…RINSE…REPEAT…

They took jobs in Corporate America, that paid a mere pittance compared to several less qualified counterparts. They sent men to the motherfucking moon and back, but had to walk a mile to use a separate fucking bathroom. 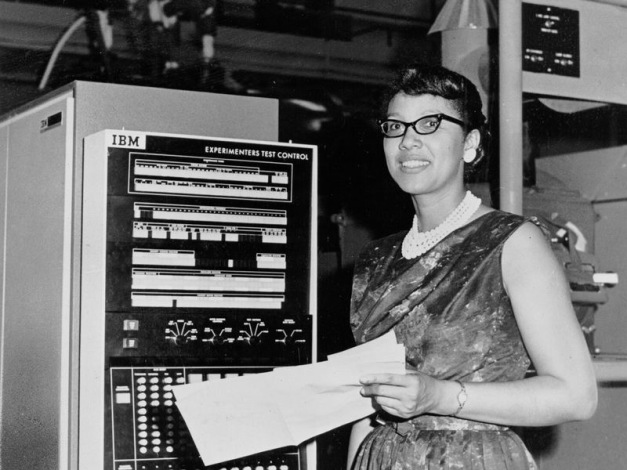 Unfortunately, in many cases, these Superwomen did this with little help.This is the kind of strength and struggle that a self-indulgent, arrogant asshole, that defecates in a gold toilet, can never understand.

Many of these athletes train 24-7…they put themselves at risk of needing a diaper before they turn 50…They want to be all they can be as well. A great deal of them were able to get a degree in the process. Sadly, CTE, increasingly is taking away everything they accomplished along  with memories of mothers who were the backbone of their successes. Was Dave Duerson one of dem sons-of-bitches?

The ONLY correlation between heroes that served overseas, and those that tackle or score touchdowns=They all give everything…mentally and physically doing what they were trained to do. The minute they can’t avoid a booby trap hidden in sands of lands we don’t belong on…When breakaway speed becomes barely being able to put one foot in front of the other…How much do these holier-than-thou, flag-waving, fools really care? Their hand over heart bullshit is all about THEMSELVES. Make a pledge to overcome veterans being homeless and without medical insurance…quit worrying about an athlete being loyal to a league trying to deny insurance claims denied by another Anthem. 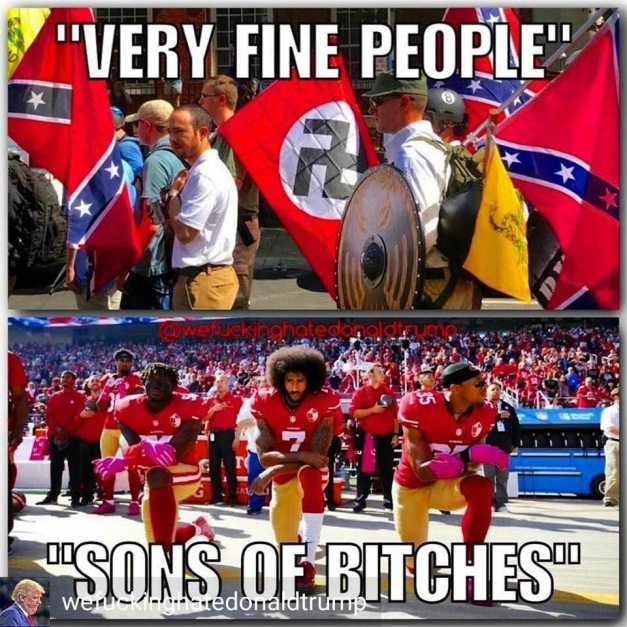 Don Cheeto, through his crusty, orange dust of insanity and deception, wants you to ignore these facts. “What are these millionaires complaining about…They get mucho$$$$ to play a game?”

Did he give a fuck, when dem sons-of-bitches could barely buy a kids meal at McDonalds, while putting countless millions into the pockets of our nations universities?…spaces where their shades never used to be able to STAND.

Like the mongrels that worship his weekly brand-of-wretchedness, Cheeto only cares how well dem sons-of-bitches can RUN…PUNT…PASS or PLAY.

You BETTER do these things…even on fields full of unrighteousness…found inside and certainly outside of any stadium.

“How dare “they” occupy ANY position or have ANY say.”

Folks, Unfortunately, That’s “THEIR” AMERICAN DREAM…HOW’S ABOUT “THESE” SONS-OF-BITCHES?

(all images borrowed from other sources)

IT NEVER WAS…IS…OR EVER WILL BE ABOUT ANYTHING BUT CON(TROLL)ING THEIR MISGUIDED VERSION OF OUR NARRATIVE!!!!

Let’s see how many pseudo-patriots quit following their favorite NFL team or player over THIS bullshit. How many burned season tickets, jerseys, or idolatrous behaviors will it take to direct the same animosity toward overt racism displayed in this country? Will these mostly conservative cocksuckers scream for the increasingly desperate situation unfolding in Puerto Rico? 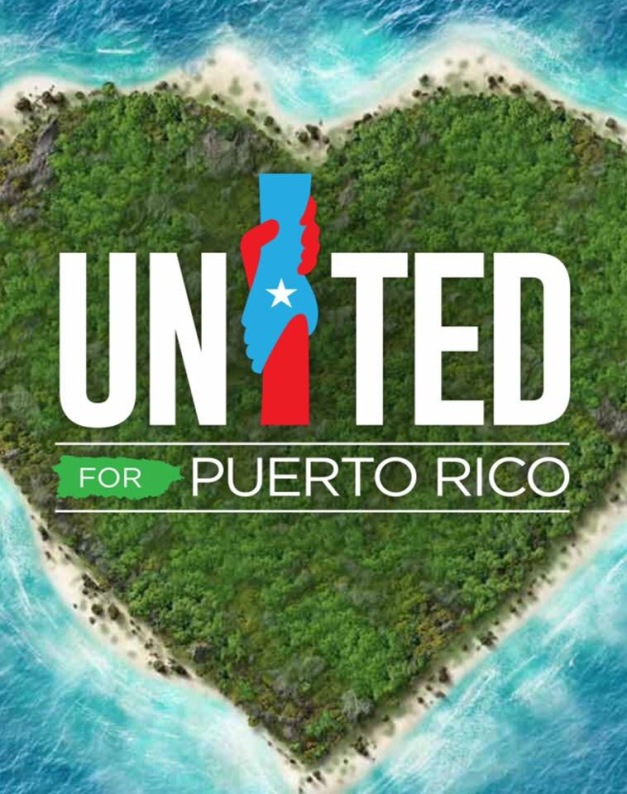 Of course not, I bet if Ken&Barbie were about to starve and drown to death in Malibu, these maniacal,motherfucking sister-fisters would be waving flags and plastering their phony support across their pathetic FB profiles. “GAWD BLESS MURIKKKA.”

Most of them, will remain quiet,and abnormally neutral, as these in need of several baths, inbred maniacs descend upon, and poison the city of Charlotte, North Carolina right before their “hollerdays.”

These demons have been screaming their insane rhetoric since the day I was born 50+ years ago. I wonder what would have happened if the brave, young, black and beautiful female student rightfully defended herself against the ravenous dish rag in the picture below?

Dixie should have been decapitated and squashed on the spot…Yet, her stinking ass, and even shittier persona still thrives today. This privileged perch of patriotism will only disappear once it is  finally CRUSHED…KILLED AND DESTROYED! One would have to be truly ‘Lost In Space’ to believe otherwise. 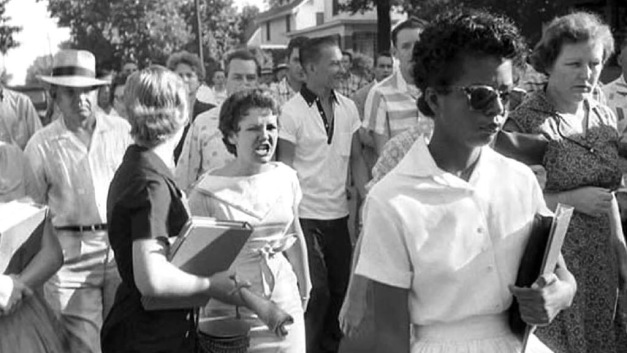 They will defend these treasonous flags and gestures with cries of “heritage not hate” with a vigor befitting of the backwoods beliefs they inherently cling too. Was it hate or heritage that caused the murder of Heather Heyer as she peacefully protested the racist sewer sludge that slithered across the streets of Charlottesville?

Who really gives a country fuck?-It was the same sentiment that took the lives of Sandra Bland…Renisha McBride and countless other brothers from different mothers….mothers suddenly joined at the hip of unnecessary loss and despair because of one thing, and one thing ONLY=RACISM!!!

NAZI’S…Yes, that’s what the fuck they are, will once AGAIN, freely march down another motherfucking AMERICAN street that supposedly belongs to ALL of U.S. Most of the people that had a problem with Colin Kaepernick’s knees…WILL gladly STAND in defense of this AMERI-KKK-AN NIGHTMARE. After all…there are “ fine people” on ALL sides. 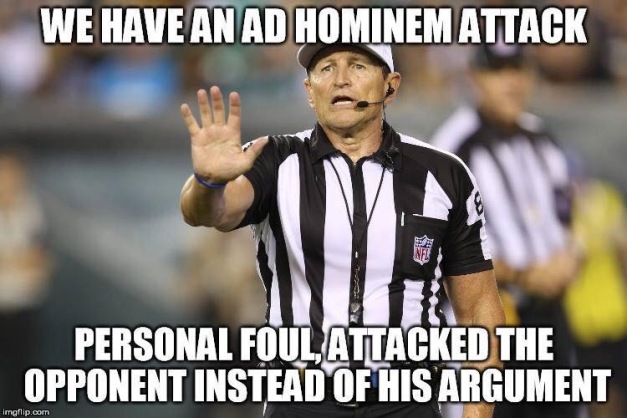